Agriculturalists dream of making deserts bloom. Now the dream is coming true using the sun, seawater, and little else.

On 20 hectares in the South Australian desert, Sundrop Farms—officially launched on Oct. 6—uses a field of 23,000 mirrors to produce energy for electricity and water conversion. Seawater is the sole irrigation source, piped in from the Spencer Gulf five kilometers away. The water is thermally desalinated, nutrients are added to nourish plants, and the greenhouse growing begins. But the farm is not entirely energy independent yet, relying on the grid for up to 15% of its power supply, particularly in winter when the sun is weak.

Smaller pilot plots served as practice runs for the grander endeavor, which has been in the works since 2014 and is 100 times larger than trial versions. The little projects helped Sundrop secure a 10-year contract with Australian retailer, Coles, to supply 15,000 tonnes of tomatoes annually at a fixed price. Investors contributed $100 million of the $200 million needed for construction, with Sundrop covering the difference.

Tomatoes are a top-10 seller with growing popularity, Coles head of produce Brad Gorman explains in the video below. In winter, when there is usually insufficient supply, Sundrop can step in. 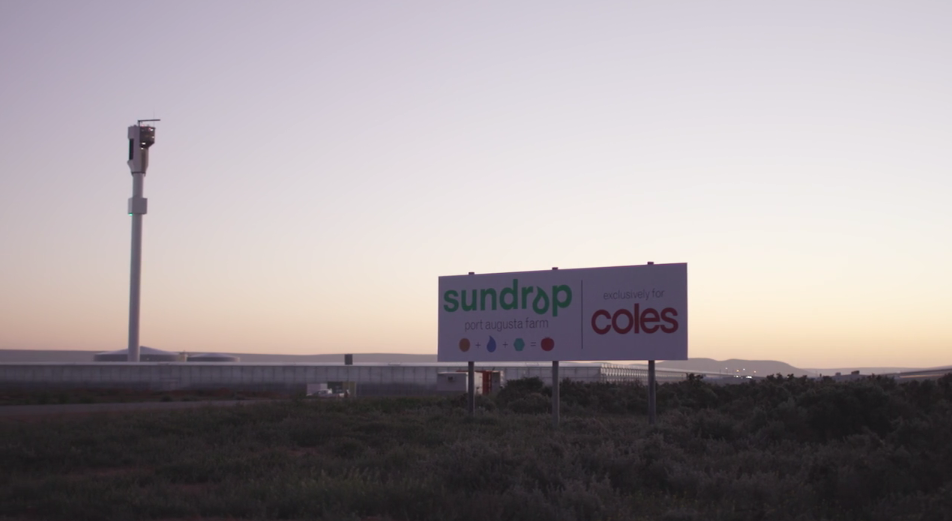 Farming is a tricky business. Growing seasons, soil variations and changing weather conditions lead to supply and pricing surprises. The goal of this type of deal is to take the volatility out of agriculture, the farm’s spokesperson, Joe de Vere, told Quartz. More farms are planned—one in Odemira, Portugal, and one in Tennessee in the US. The company hasn’t revealed why there, when they’ll begin producing, or what. “Those projects may take a different format,” de Vere said. “But they will be centered on a triple bottom line of profits, people, and the planet.” 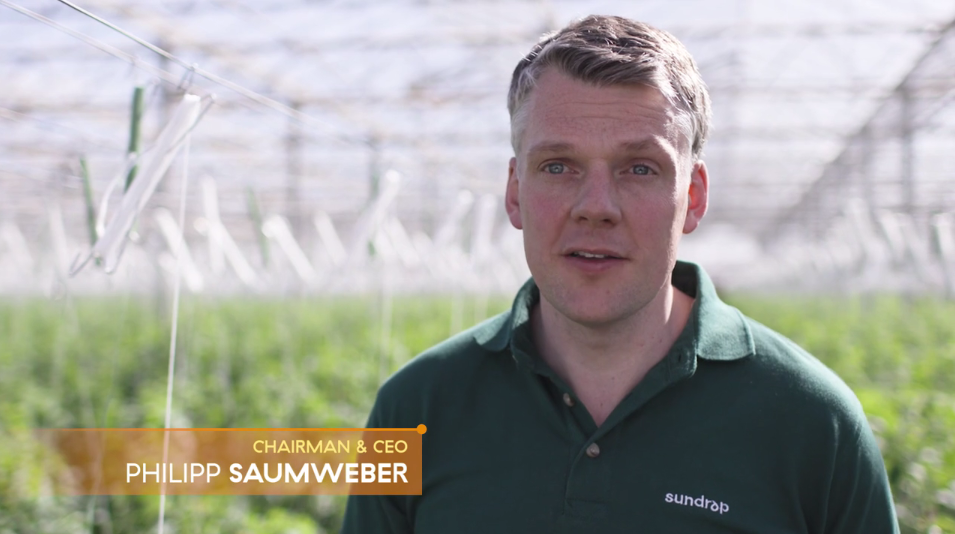 In that spirit, all Sundrop agricultural endeavors shirk genetically modified seeds, chemical pesticides, fossil fuels, and even soil. Instead, plants grow in coconut husks and unspecified “carnivorous insects” protect them from other bugs. The company says a saltwater scrub in their greenhouse’s airflow systems also reduces the need to spray produce with chemical pesticides. Rain and seawater are reused, and the sun provides most of the power. 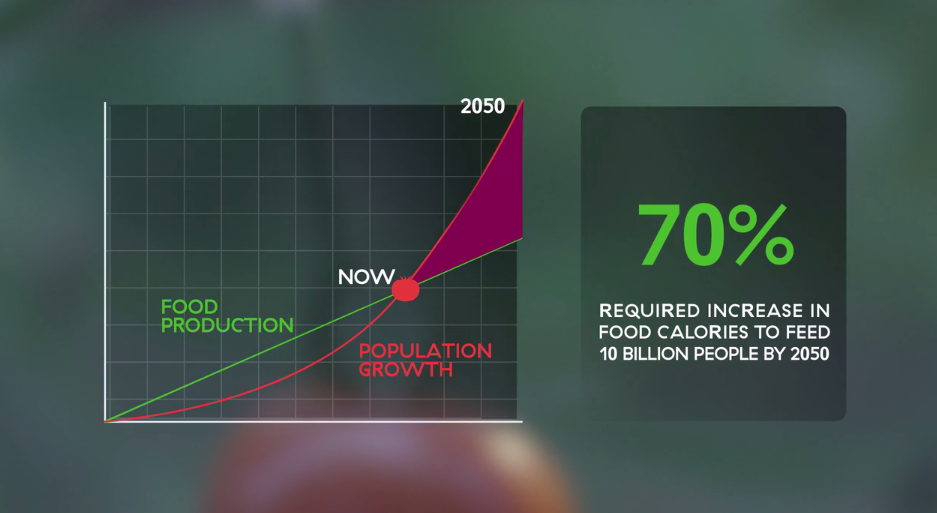 Around the world, growers concerned about the earth—and a future global food crisis—are working on sustainable farming methods, old and new. India, which has 650,000 organic farmers, more than any nation in the world, is increasingly returning to natural pesticides, like cow urine, and traditional growing methods. In January, prime minister Narendra Modi encouraged authorities and farmers in the Himalayas to become the nation’s “organic food basket” for both economic and environmental reasons.

In Israel, Seakura grows edible organic seaweed in agricultural pools using water from the Mediterranean. The land based eco-pools don’t strain marine resources on the ocean’s surface. An ambitious non-profit project, launched in Abu Dhabi in March 2016, puts the desert on double duty, using coastal seawater irrigation to raise fish and shrimp for food and growing salt-tolerant plants, called halophytes, that can be harvested to make biofuel.

Some may say tomato while others say tomato, but the return to traditional practices and futuristic farming experiments internationally give hope to all, growers and those who consume the fruits of their labor.